Four laws intended to make birth safer for mothers and babies in New Jersey were signed into law Wednesday by Gov. Phil Murphy in Newark.

Such racial differences “are extraordinary and unacceptable both for moms and babies,” particularly in a state that is among the wealthiest in the nation, Murphy said. 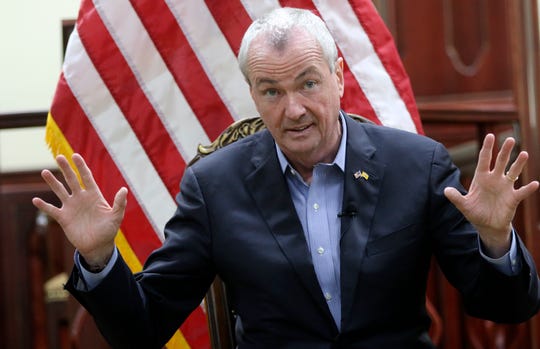 Nationally, about 700 women die of childbirth-related complications each year, the federal Centers for Disease Control reported this week. About 60 percent of those deaths are preventable, the agency said.

The laws he signed make changes to the state’s Medicaid program, which covers 40 percent of the 115,000 births each year in New Jersey. They also end payments from state insurance programs — including Medicaid and public employee benefit plans — for cesarean deliveries or induced births that are performed without medical necessity before a pregnancy has reached full term, or 39 weeks.

Such births increase health risks for both mother and baby, extend the time spent in the hospital and add to health care costs. An estimated 1,700 births each year are scheduled before they should be, said Angela McKnight, a Jersey City Democrat and sponsor of the measure.

In addition, women on Medicaid will soon be able to receive coverage for birth doulas — coaches who provide emotional support and physical help before and during childbirth. Studies have shown that support from a doula can reduce the rate of cesarean-section deliveries, the use of pain medication and some birth complications.

“Having that extra voice during labor can really support moms,” said Dr. Lisa Gittens-Williams, director of obstetrical services at Rutgers New Jersey Medical School. Many women don’t have their mothers or a family member nearby, she noted, and after birth, most of the attention is focused on the well-being of the baby, rather than the mother. A doula “mothers the mother.”

Two other laws will require doctors to perform a risk assessment during a woman’s first prenatal visit, with the results to be submitted to the state, and start a pilot program to test a payment strategy that is based on measurements of the quality of care provided.

Health: New Jersey mothers are dying at high rates in childbirth. Lawmakers are trying to fix that.

Those changes were welcomed by Jaye Wilson, a nurse and mother of two who founded the group Melinated Moms. She has been pregnant four times, but preeclampsia — a condition in pregnancy that causes high blood pressure — led to the loss of one pregnancy and a stillbirth with another, she told the gathering at Newark’s University Hospital. Most victims of preeclampsia are women of color, she added.

Her two daughters attended the bill-signing ceremony. Wilson said she hopes through her work with the Greater Newark Health Coalition to make sure that pregnant women do not feel as voiceless and powerless as she once did.

The governor’s wife, Tammy Murphy, has pushed for improvements in the state’s childbirth practices as a centerpiece of her tenure as first lady. Earlier this year, she launched a campaign called Nurture NJ to increase awareness of the current problems.

“New Jersey must do better for its infants and children,” she said, before introducing the governor. “We can and we must make New Jersey the safest place to give birth in the United States of America.” 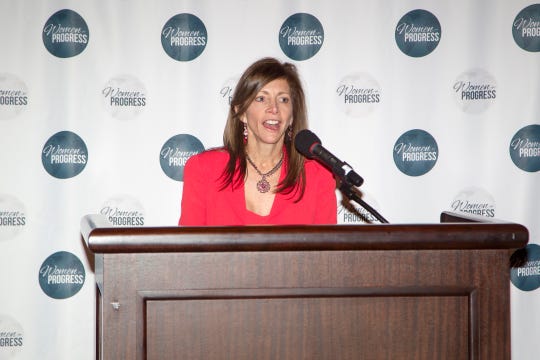 The vocal support of the governor and first lady, as well as state legislators and the entire Cabinet, creates “a powerful incentive to change both policy and practice,” said Ilise Zimmerman, CEO of the Partnership for Maternal and Child Health of Northern New Jersey. The bills signed Wednesday each address a different aspect of preventing mother or infant mortality, she said.

Doulas can be a critical tool, said Jill Wodnick, a childbirth educator, but are only a part of the transformation needed in maternity care. Several speakers said it was necessary to address underlying racism in the health care system.

“We don’t need high-tech equipment or costly drugs to improve maternal-child health,” said Linda Schwimmer, president and CEO of the New Jersey Health Care Quality Institute. “Instead, good policies and best practices that put mothers and their babies at the center will drive improvements in outcomes.”